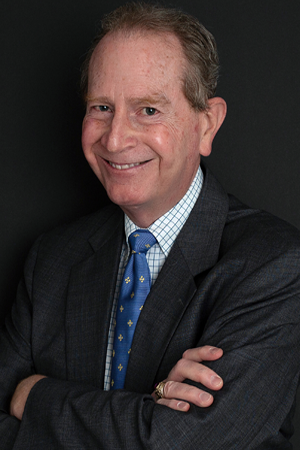 After graduation from law school and passing the Oregon bar examination in 1980, Bill joined a small law firm on the Oregon-Idaho border where his practice covered all areas typical for a small town lawyer. In 1986, he took and passed the Idaho bar examination.

In 2016 he joined the American Academy of Estate Planning Attorneys in order to increase his knowledge of estate planning and related issues. Since joining the Academy, Bill has averaged more than 36 hours per year of estate planning education. He is available to present seminars on estate planning related topics. He is also a member of the Southwest Idaho Estate Planning Council a group of lawyers, accountants, financial planners and other professionals who routinely gather together to learn more about estate planning, elder law issues, as well as probate and trust administration.

His practice emphasizes estate planning, probate and trust administration, real estate and municipal law. He has authored articles and lectured at seminars sponsored by the Idaho State Bar, the Association of Idaho Cities and the Idaho Municipal Attorneys Association. He has testified before the Idaho legislature on land use and eminent domain legislation. He has also served as an adjunct professor on Human Resources and Employment Law in the Masters of Business Administration program at Northwest Nazarene University. He also serves as an arbitrator for attorney fee disputes in the Third District under the auspices of the Idaho State Bar. Bill received the President’s Award from the Idaho Municipal Attorneys in 2009 and the Idaho State Bar Professionalism Award in 2010. He has received an AV® rating from Martindale Hubbell and a 10.0 rating from Avvo.

Bill was born in Boise, Idaho, resides in Nampa, and has lived his entire life in the Northwest. He is married and has two daughters..