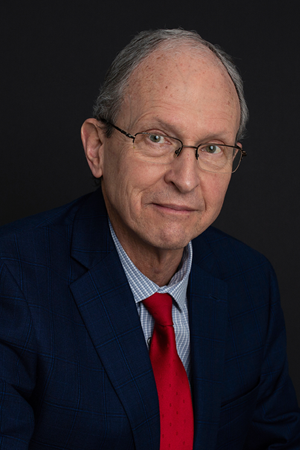 Bill joined the firm in 1990.  His practice emphasizes municipal and local government, estate planning, probate and corporate law. He is past president of the Third District Bar Association, past president and member of the board of directors for the Idaho Trial Lawyers Association, and a past member of the Trial Lawyers of America. In 2019, Bill received the Idaho State Bar Distinguished Lawyer Award which is the highest award a lawyer can receive from the state bar.

Over the years, Bill has been involved in his church and community. He has served as president of the Jaycees and Optimist Club, and is currently the president of the Greenbelt Civic League of Caldwell, the Caldwell Foundation for Education Opportunity, the Foundation for Ada/Canyon Trails Systems (F.A.C.T.S.), and serves as Legal Counsel for the Caldwell Chamber of Commerce.

Bill began playing drums at the age of 13.  He and his band, Almost Dangerous, have been playing together for 17 years.  Bill has a quick wit and enjoys telling stories and puns with his unique sense of humor.