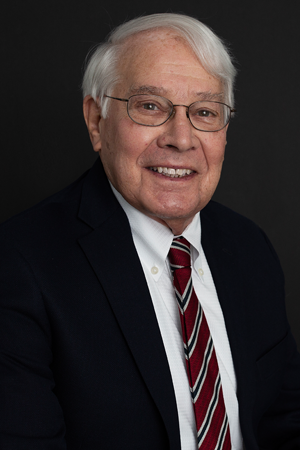 Bud joined the firm in September 2018. He was an original member of the predecessor firm to White Peterson, which he joined in 1969 after being admitted to the Idaho State Bar and U.S. District Court, District of Idaho. He left in 1983 to form his own firm where he practiced for 35 years. On September 1st, 2018, he merged his practice, Yost Law, PLLC, with White Peterson.

Bud was born in Lancaster, Ohio, in 1939. He attended Miami University in Ohio graduating in 1961. He received a commission in the United States Air Force, which was activated in 1963, and he was stationed at Mountain Home AFB, Idaho. He was honorably discharged in 1966 with the rank of Captain. He was accepted to the University of Idaho College of Law and received his Juris Doctorate in 1969. Bud served as legal counsel to the House of Representatives during the 1970 and 1971 sessions.

The opportunity to solve problems for people was a motivator in Bud’s decision to pursue a career in law. Bud is often described as a practical and pragmatic lawyer, and one who is solution-oriented.